In August 2005, Xavier had its largest enrollment ever. Then Katrina hit.

When Hurricane Katrina flooded New Orleans, about 400 students, staff, and Sisters of the Blessed Sacrament were trapped on Xavier’s campus. The Sisters cooked food in their convent, and Xavier administrators ferried it in boats across campus to the students. Local residents also sought safe haven at Xavier until help arrived—four days later.

More than 4,000 students had registered for Xavier’s new school year, a goal the university had long been striving for. Now many students were leaving Louisiana. Xavier’s campus was a shambles. But President Norman Francis had a plan to bring it back.

For months, Dr. Francis and a small group of his closest advisors worked flat-out to reopen Xavier. On January 17, 2006, they succeeded. The Class of 2006 graduated that August. Their commencement speaker was the junior US senator from Illinois at the time, Barack Obama. Dr. Francis, who also served as chairman of the Louisiana Recovery Authority, was awarded the Presidential Medal of Freedom in 2006. He retired in 2015, ending the longest term of any university president in US history.

Yours has been an education that cannot simply be measured in the tests you’ve taken or the diploma you’re about to receive. For it has also been an education in humanity, brought about by a force of nature—a lesson in both our capacity for good and in the imperfections of man, in our ability to rise to great challenges and our tendency to sometimes fall short of our obligations to one another. 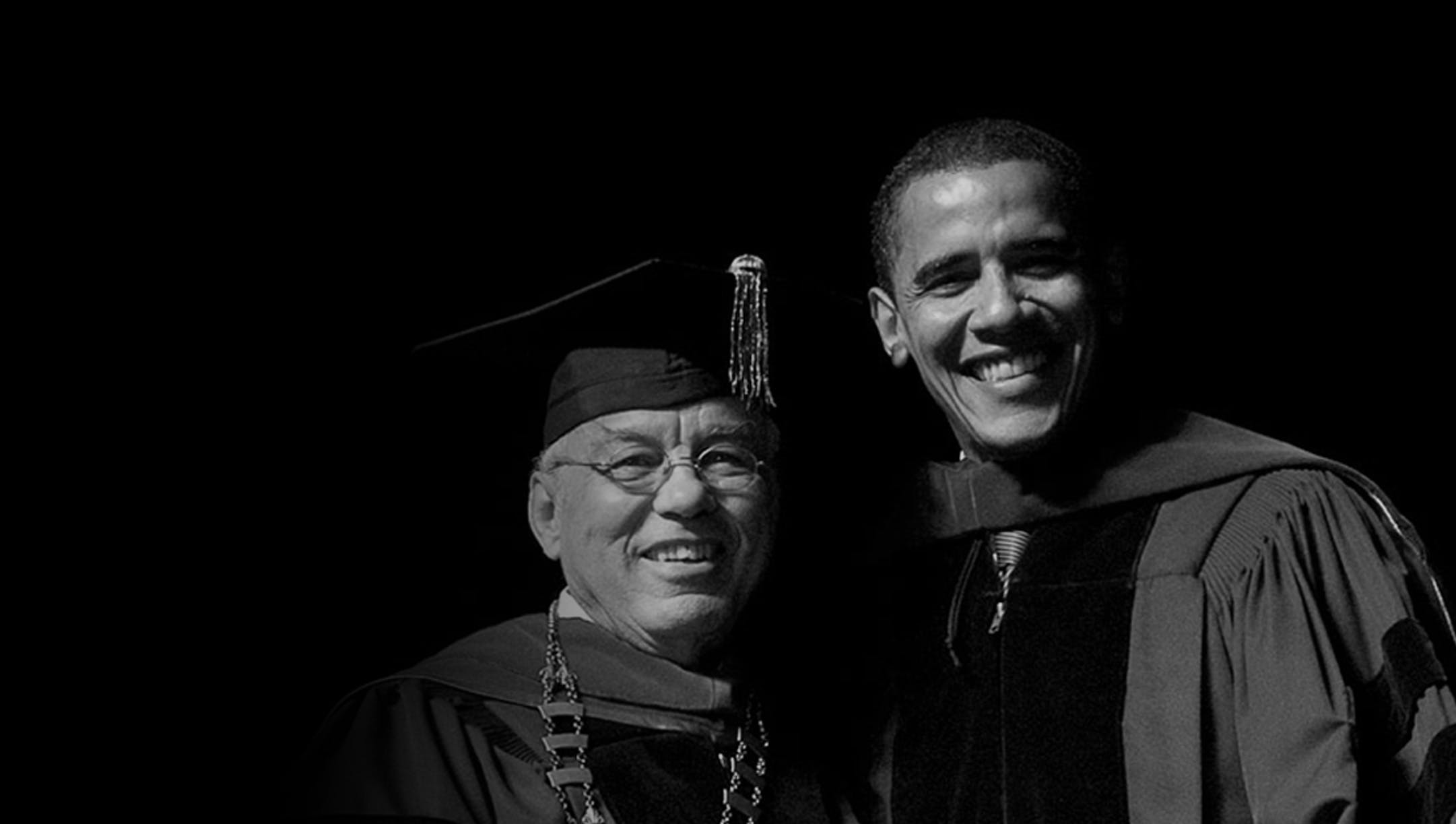