In the 1960s, Xavier students fought for change at the national level and at their own university—and got it.

Dr. Norman Francis remembers the day in 1961 when Xavier’s Senior Class President Rudy Lombard told him that he was organizing a “Freedom Ride”—a bus trip through the South for 13 men and women, black and white, who would use “whites-only” areas like restrooms, lunch counters and bus seats. Dr. Francis thought the plan was “crazy…But you know the old saying, ‘Walk into Hell for a heavenly cause’? That would be Rudy.”

During their journey, the Freedom Riders were beaten by mobs and denied treatment by hospitals. Some were arrested. Their bus was firebombed. When they finally got to New Orleans, Rudy Lombard again turned to Norman Francis. Would Xavier agree to take them in? Xavier agreed, and the Freedom Riders stayed, secretly and safely, at St. Michael’s dormitory until they could return home.

As the 1960s unfolded, more and more Xavier students engaged in direct action. There were sit-ins. Voter registration campaigns. Class boycotts. In a 2018 interview, Sister Monica Loughlin (XU ‘69), recalled how, after being cloistered all year as a novitiate, she’d arrived at Xavier “and there, in the quadrangle, was a group of students burning an American flag. I thought, ‘Wait, what’s going on?’” In 1968, the Sisters of the Blessed Sacrament decided it was indeed time for a change, and asked Norman Francis to become Xavier’s first black, lay president. He accepted on April 4, 1968, the day Dr. Martin Luther King Jr. was assassinated.

Suppressing the black vote in Louisiana

Until the Voting Rights Act of 1965, Louisianans who wanted to register to vote had to pass a test that was part written, part oral, part civics questions, and part "moral" or "character" questions. Applicants in some parishes had to give their correct ages not just in years, but in years, months, weeks, and days. Some applicants also had to produce other registered voters to vouch for their identities. It was left up to local registrars to decide who had passed and who had failed the test. 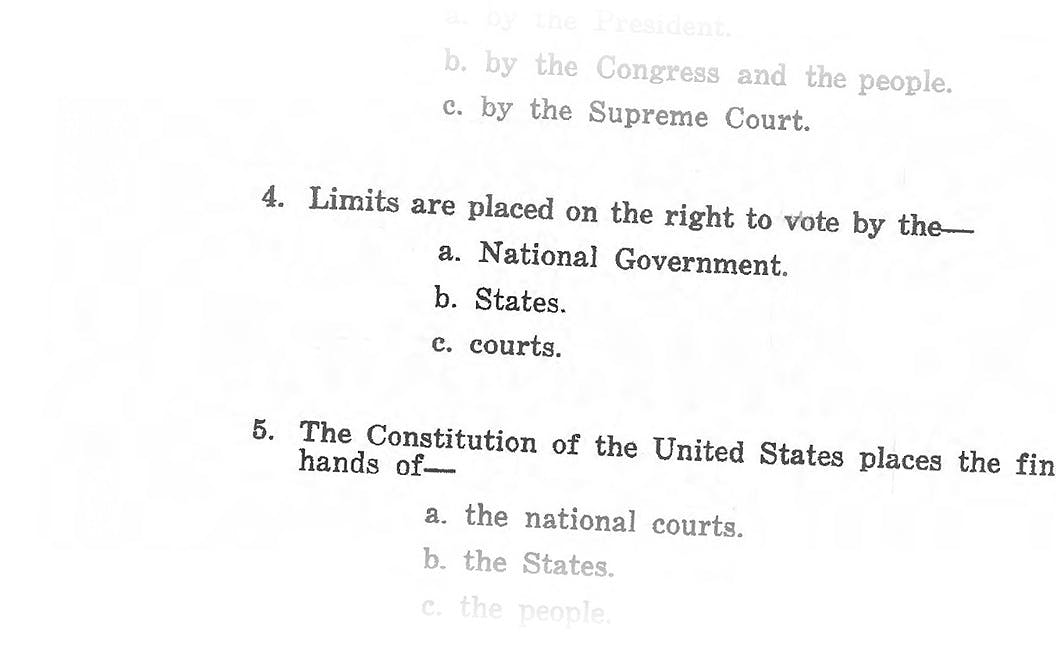